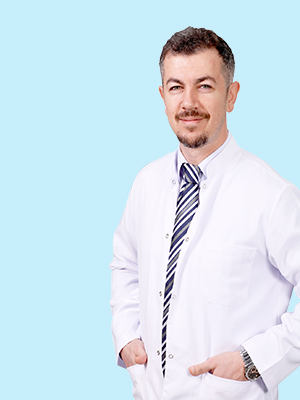 It is very easy to make an appointment with your specialist doctor at Uğur Eye Hospital!

He was born in Kahramanmaraş in 1981. He completed his primary education at Fatih Primary School. After completing his secondary and high school education at Kahramanmaraş Çukurova Elektrik Anatolian High School, he was entitled to enter Elazığ Fırat University Faculty of Medicine in 2000 and graduated from the same school in 2006. After working as a general practitioner in the Hizan district of Bitlis between 2006-2007, he started his residency training at Rize Education and Research Hospital in 2009 and completed it in 2013. He completed his compulsory service at Fatsa District State Hospital in Ordu province. After working as an Ophthalmologist in Kahramanmaraş Necip Fazıl City Hospital Yörük Selim additional service building between 2015-2018, he joined the Uğur Eye Hospital family in 2018.

Op. Dr. Muharrem Gökhan Yüzbaşı is a member of Turkish Ophthalmology Association, Turkish Medical Association and non-governmental organizations. He is known for the importance he gives to his personal and professional development and has participated in many activities in this context. He is married and has two children.